This month Sen. Doug Mastriano and Rep. Stephanie Boro wicz of Pennsylvania unveiled a “Heartbeat Bill,” which would prohibit abortion if a fetus’ heartbeat is detected. In light of that, I’m sharing an opinion piece I wrote that was published in Harrisburg’s Patriot News and online PennLive on Valentine’s Day, 2019. Two people told me I had one word wrong in the article. See if you can find that word. I’ll share it at the end of the piece.
- - - - - - - - - - -
I’ve cuddled many newborn babies—my own and others—so I can’t help but feel outrage at the recent passage of a New York state law that allows abortion up to the time of birth. Other states are considering following suit.
The Declaration of Independence states that all people are “created equal” and born with God-given rights including “life, liberty and the pursuit of happiness.” But now fully formed babies—tiny, helpless people—are denied those rights.
Charles Dickens wrote “It was the best of times, it was the worst of times . . . .” In many ways we live in the best of times. Medical technology produces miracles. Forty-four years ago, my only daughter died at birth. Although she weighed five pounds, her lungs were not fully developed. Had Christy Marie been born today, she would probably have survived and thrived.
But it is also the worst of times because we allow babies with fully developed lungs to be killed for the sake of convenience. People appear to be more concerned about animals. I watched James Lankford (R – Oklahoma) address this issue in a video. He spoke of protestors at a facility that used animals for research chanting “Animals’ lives are their right, we have just begun to fight.”
A Facebook “cartoon” shows a dog looking down at a baby asking, “Aren’t there any laws to protect you?” Evidently not. Lawmakers today seem more concerned about animals than children.
Some justify abortion because a baby’s organs can be used for research. But at what cost? The life of a child. Something is wrong with a society that allows the slaughter of innocents. Each person is uniquely created by God, but we have lost respect for life. Long and hard fights have gained respect for people of different colors, for people with disabilities, for people of different faiths. Now Christians are put down for fighting for the lives of babies.
The Bible is considered irrelevant in a society that makes its own rules. We have lost our sense of right and wrong. There is no authority; people want tolerance. But when you tear down fences meant to protect society, that becomes intolerable. Chaos reigns. Each man or woman does what is right in his or her own eyes. A whole biblical book was written about a time like that. It’s called Judges. And judgment might fall on America for this crass disregard for human life.
We have lost our sense of wonder. The miracle of the seasons. The miracle of plant growth. The miracle of birth. When you contemplate such miracles, you stand in awe. We feed, clothe and care for cute little babies. We applaud their first words and record their first steps. It’s all so wondrous. But now millions of babies never experience such milestones.
I am not wise enough nor credentialed enough to know how these recent laws might be reversed. I am simply a woman, mother of two married sons, grandmother of five with a daughter waiting in heaven. But I do know right from wrong. And I pray those in authority will recognize the tragic consequences of enacting such laws.
A pastor I once worked with liked to say, “Good people, given enough time, will do the right thing.” He is now a resident of New York. May his maxim prove true.
- - - - - - - - - -
The word people noticed was “might” in the sentence “And judgment might fall on America for this crass disregard of human life. Those who contacted me said the word should be “will.”

Feel free to share this post. Also if you agree, contact your state senators/representatives to support the heartbeat bill. You can submit a form through The PA Family Institute: https://pafamily.org/rejectHR5/?eType=EmailConfirmation&eId=32616c51-8b07-4989-9a63-f10d3d1e447e


Posted by Shirley Brosius at 7:42 AM No comments: 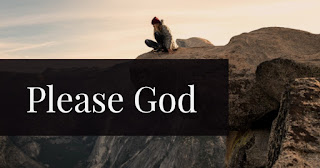 Scripture sometimes seems like double-talk. For instance, in Romans, Paul goes on and on about how he does what he doesn’t want to do and doesn’t do what he wants to do (Romans 7:15-25). What is he saying? It’s the story of life. He has regrets. He has failed to live the perfect Christian life. And so have we.

However, in the same book, Paul gives the antidote to sin: Jesus Christ. Paul writes, “In all these things we are more than conquerors through him who loves us.” (Romans 8:37-39). Jesus died so that our sins are forgiven, and He gives us the Holy Spirit to stand guard over our hearts so that we do not sin.

Now before we excuse ourselves from applying this because we are good people who are doing just fine, consider God’s definition of sin: “There are six things the Lord hates, seven that are detestable to him: haughty eyes, a lying tongue, hands that shed innocent blood, a heart that devises wicked schemes, feet that are quick to rush into evil, a false witness who pours out lies and a person who stirs up conflict in the community.” (Proverbs 6:16-19)

·       Haughty eyes. That’s pride. Do we “pride” ourselves on having all the answers? Do we think we know more than everyone else? Do we think we have a corner on truth? Do we even hear what others are saying?

·       A lying tongue. Are we scrupulously honest on our income tax? With our spouses? With purchases? With relationships?

·       Hands that shed innocent blood. We may not “kill” literally, but how about killing someone’s reputation through gossip? Do we ever share something, even in a prayer request, that makes someone else look bad?

·       A heart that devises wicked schemes. Remember Ananias and Sapphira who said they were donating all they received from selling a piece of land, yet they held some back for themselves? The Lord took their lives. Seems like harsh consequences for a little white lie. Actions have consequences.

·       Feet that are quick to rush into evil. We certainly hope we are not guilty of this; through scripture we have a firm grasp on what evil is. But our society is fraught with concepts that call evil good. One example: Abortion for convenience.

·       A false witness. Here again, this may refer to gossip, to saying something about someone else that is not 100 per cent true.

·       A person who causes conflict in the community. Do we cause conflict in the church community? Just asking. Do we squelch honest discussion? Are we more concerned with getting “our” way of doing things than with the good of the congregation?

These are serious sins that get us into serious trouble. Yet we so easily slip up. What is the answer? Let the light of Christ shine through your life. The Holy Spirit is not shy about convicting us of our shortcomings, but He also turns away from hardened hearts. So keep short accounts with Him. Listen to His whispers.

Our biggest problem may be that we sometimes spill words all over ourselves. We prattle on about things of which we have no knowledge or have no business discussing. It’s someone else’s story to tell. Remember, like the California wildfires, the tongue can do great damage.

Invite Christ into your life, then live the way Jesus lived. He said, “The one who sent me is with me; he has not left me alone, for I always do what pleases him.” (John 8:29)

Pray about everything, think before you speak and let the light of God’s Word—both the written and the Living Word--guide your behavior. Like Jesus, always do what pleases God.