Book Review: The Church in Babylon 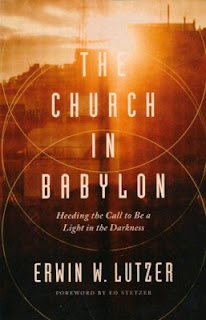 Christians live in a world increasingly intolerant to expressions of faith. Erwin W. Lutzer likens the state of Christians today to that of Jews in the days of Jeremiah who found themselves carried off to the nation of Babylon, surrounded by a strange culture. Like biblical Daniel and his friends, we need to be lights in a dark world.

The strange culture that surrounds us today needs to feel the impact of Christianity. Lutzer faults the church for teaching college students but not training them to express the reliability of scripture and a Christian worldview of ethics, sexuality and personal values. He writes, “Most college students are not talked out of their faith, they are mocked out of it. Shamed into silence.”

Chapters address “When the State Becomes God,” “The Church, Technology, and Purity,” “Transgenderism, Sexuality, and the Church” among others. Lutzer warns against five “false gospels” that have crept into the evangelical church as churches leave Jesus standing outside their doors.

While stating we probably won’t be thrown into a furnace as Daniel’s friends were, Lutzer warns we might lose our jobs because we won’t sanction same-sex unions or sharia law. We might lose customers or friends for violating “political correctness.” Opposition to our faith, according to Lutzer, is to be expected.

This book is a valuable resource for church leaders, parents and anyone else who wants to stand firm in a world of shifting values. Lutzer offers sound guidelines for parents regarding the use of technology. He challenges the church to discuss transgenderism and inform people of the danger of embracing such trends, yet challenging them to love those who do.

Lutzer sees the church as the keeper of the springs of pure doctrine and scriptural values. He warns against being lured into New Age theology and allowing promoters of Islam to slip into positions of influence. He wraps up the book with pointers on what the church needs to do to survive in a hostile culture.

This is an important read. Twelve pages of notes document Lutzer’s work. He writes in a style that’s clear and easy to understand as he equips us to respond and influence today’s culture.


Posted by Shirley Brosius at 11:36 AM No comments: 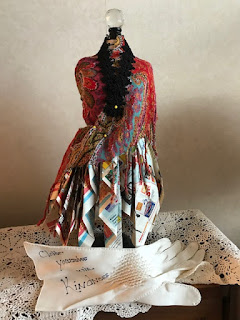 What would you do if you could do anything you wanted? Take a nap? Watch a movie? Eat ice cream out of the carton? I doubt the first thing I would do would be clean my attic. That would be work. And work, too often, has negative connotations.

But work serves a good purpose. When God created the world, he gave us humans the responsibility to keep things in order. That takes work. So work is sacred, ordained by God to do good to ourselves and others.

With the entrance of sin into the world, God added a challenging aspect to work. He said, “Through painful toil you will eat food from (the earth) . . . . It will produce thorns and thistles . . . .”

Challenging, yes, but I’d like to dwell on the goodness of work because work is good for us.

We tidy our homes to create a safe environment for our families. If we leave books or boots in the middle of the floor, we trip over them. If we don’t wash our dishes, we create a smelly mess. If our house is so messy we refuse to invite people in, we isolate ourselves.

And there is great blessing in insisting all family members pitch in. You know that feeling of satisfaction you get when you hang up the mop? Well, we want our kids to feel that way too.

I remember helping my older sisters wash dishes. I was much younger and surely wasn’t much “help,” but hanging around, listening to their chatter and now and then wiping dry a dish, made me feel like I belonged, like I contributed to caring for our family.

Work in our workplaces allows us to pay the bills. And our work there contributes to a healthy society. Businesses provide oversight. Stores provide merchandise. Fast food places provide Blizzards and Frosties and all that good stuff. All of it essential to create comfortable lives for people.

Working in our community also promotes a healthy society. Charities need supporters and volunteers. Schools need tutors and cookie bakers. Churches need teachers and helpers to guide people to live by biblical principles. Nursing homes need visitors. There’s no end to the good we can do by serving others.

My grandson Daniel recently served as a captain for Penn State’s “Thon,” a fundraiser for which participants dance for 46 hours. They raised more than $10 million for children’s cancer research. That’s a worthwhile reward for their work!

The above photo represents the work someone from Camp Allegheny did to create a table centerpiece for our “If Our Closets Could Talk” retreat. The skirt is made of pleated magazine pages. And imagine the work needed to crochet the doily, to letter “Clothe yourself with kindness” onto the glove.

But that retreat was a special blessing in our lives and we hope in the lives of the women who attended. And that table mannequin was just one small part of a huge but very worthwhile retreat effort.

Work is also necessary for our own welfare. It’s “work” to floss our teeth, to bathe and curl or straighten our hair. Yet if we don’t take care of ourselves, someone else will have to.

So I encourage you to appreciate the opportunities God gives you to share in caring for His creation—in the home, in the workplace, in the community. Don’t spend time weaseling out of what He calls you to do.

As spring looms (soon, please), I want to eliminate clutter by taking “stuff” to our church’s rummage sale. I want to clean the dust and grime of winter from behind chairs. I want to do more than what Hyacinth says in one of our skits: “Make it look good on the outside and pray no one peeks into the closets.” I want to make my home a place that shows order and peace—even behind closed doors.

Face the work God sets before you with aplomb and commitment to do the best job you can. You are God’s right-hand woman or man, and He’s depending on you to complete what He began in creation.

Posted by Shirley Brosius at 4:11 AM No comments:

No Buts About It! 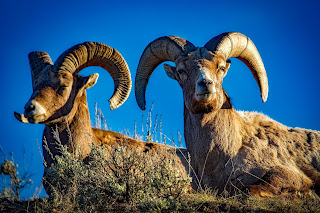 Far too often, I put a negative spin on things. The soup was good but too salty. The church event was fun, but there was no emphasis on evangelism. My husband bought me this beautiful gift, but he shouldn’t have spent that much money. Are you like that?

I have a critical spirit, but I want to butt it to the curb. Why do I look on the dark side? Maybe it makes me feel smarter--only I have discerning taste. Maybe it makes me feel more spiritual--only I see things from God’s viewpoint. For whatever reason, I seem to walk on the rainy side of the street—without an umbrella.

I have already memorized that verse in Philippians, so that’s a good start. Now if I can only remind myself to turn around when I head south.

If the soup is too salty, I can remind myself that the carrots and peas and other veggies stoke my body with vitamins and minerals. If the church event lacks an evangelistic emphasis, I can supply one by asking someone at the event how they’re doing spiritually. If my husband spends too much on me, I can just stand amazed that he loves me--wrinkles and all!

Perhaps we also have negative mindsets about who we are. As a teenager a friend said my legs were my redeeming feature. I know she meant well and was trying to say I had “good” legs. (At least they were long.) But to me her comment meant something was wrong with the rest of me.

When I feel that my teeth are not white enough or my nose is too bumpy, I am going to remind myself of another verse: “I praise you for I am fearfully and wonderfully made” (Psalm 139:14). As they say, “God don’t make no junk.” I may see pimples but God sees perfection.

When I feel overwhelmed by life’s situations and want to give up hope that things will ever get better, I can remind myself that God is in control by remembering “All things work together for good to them that love God . . . ." (Romans 8:28).

When I beat myself up for failing to stick to my diet or for grumbling at my hubby, I can remind myself that “God gives us power, love and self discipline" (2 Timothy 1:7). I do not need to cave to every impulse or emotion; the situation gives me an opportunity to grow in grace.

Maybe I can’t remember just the right Bible verse when I get myself in a wrong situation, but I can remember to: Touch the pause button and take a deep breath. Remind myself that I am God’s child, fearfully and wonderfully made. Think about something positive hidden within the negative. And thank God that he walks with me. That turns any bad news into good news! No buts about it!

Posted by Shirley Brosius at 12:34 PM No comments: